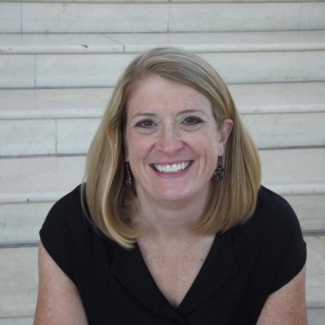 Kelly McAdoo began working for the City of Hayward in October 2010 and was appointed City Manager by City Council on August 1, 2016. She serves as the Chief Executive Officer for this municipal corporation of over 800 employees.  Prior to joining the Hayward team, she worked four years with the City of Palo Alto as the Deputy City Manager, Assistant to the City Manager, and Division Manager of Arts and Sciences.

From 1999 through 2006, she worked for the City of Fremont, California in a variety of capacities for the City Manager's Office, Fire Department, and Development & Environmental Services Department. Ms. McAdoo earned Bachelor's degrees in Political Science, Economics and International Studies and a Master's degree in Public Administration, all from the University of Kansas. She is an active member of the International City/County Management Association (ICMA), the Urban Land Institute (ULI) and the Municipal Management Association of Northern California (MMANC). Ms. McAdoo also completed the two-year Leadership ICMA program in 2010 and received a Rising Star Award from MMANC at the 2012 Women's Leadership Summit.

The City of Hayward is known as the Heart of the Bay and is recognized for its many successes, including winning many awards for environmental standards, building an innovative new library, and being recognized for its forward thinking and compassionate response to the COVID crisis under Ms. McAdoo’s leadership.